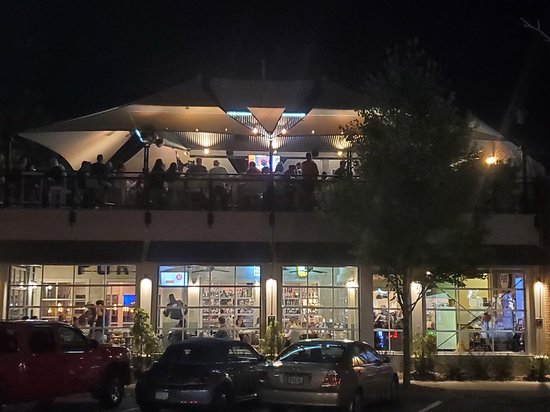 Woodstock - Top of the Spectrum of Atlanta Area New Urban towns for Value!

I study New Urbanism, I travel to towns that I considered new urban developments. I knew what I liked about Rosemary beach over a decade ago, in Seaside, other towns like them… But it wasn’t until I met Jason Scheidt from Re-Civilize that I was able to put both a name as well as an adequate description to what I really liked about those areas. The visceral became more academic, identifying how small yet specific decisions in design, led to a fabulous... or not so fabulous outcome.

Of course the attributes that I appreciate about those "New Urban" areas are the same that I appreciate about Woodstock.  Live, work, play all in the same environment, well thought out outdoor spaces, A focus on pedestrian traffic over vehicle traffic, and experiential living that almost breaks the millennia old mantra of form follows function. However It would be easy to say that form and function are intertwined at all levels, never sacrificing look and feel for simple functionality.

Of course, upon deeper inspection, one who lives in such an area would say that functionality has never been sacrificed. The design simply caters to a lifestyle that doesn’t exist for most people in this age.  Meaning, a design that doesn’t favor vehicles, will frustrate the average person living in suburbia, but the average person who lives in that environment of New Urbanism will applaud it all day long.

So as we begin to get our brains wrapped around exactly what it is that we are talking about with New Urbanism, local examples come to mind. I could start by dissecting Avalon and helping you understand that even though this environment embodies many of the characteristics of New Urbanism, we would really call this a new urban style shopping plaza. Its primary focus is still bringing people in from outside for the purpose of a shopping or dining experience. They have done so fabulous at that, the demand for residential has also been great.

Better examples include Roswell, Alpharetta, Downtown Smyrna, a bunch of areas along the belt line, etc,etc.  examples are endless because the desire has exploded in the last 5 to 7 years. People who were attracted to suburban neighborhoods with pools and tennis courts have become increasingly interested in living next to their favorite restaurants. They would rather drive to the pool, or the tennis center, and be able to walk to the hangouts. My tagline, "lose the car keys… on purpose", is a perfect fit for what people want.

For this experiment I’m going to use Woodstock, Roswell and Alpharetta. When comparing three areas like this, we can look at different criteria to help fully understand that comparison. For example, number of restaurants within the downtown area, number of people who live in that area, average home price, demographic of those people, Time since gentrification began leading to the new urban environment, and more.

Yes one interesting side note, is to understand that the actions of the city itself as well as their councilman and mayor , have a lot to do with the rate at which this turns out. Roswell was largely the leader in new urban development for years, going back to Money magazine placing it in the top places to live in America, a comparison of nearly all metrics right now however would put downtown Alpharetta at the top of the list. I would argue that this is heavily due to Roswell’s planned limit for development, and costliness and timeliness of that process. Attracting the right private "partners" is about paving the way for those partners (developers and businesses that operate the final use - restaurants, hotels, offices, etc) to feel both excited about the aesthetic and secure in the investment.

Enter, Alpharetta.  Now one thing that Alpharetta has going for it then we cannot ignore, is the fact that Avalon is right next-door and has pushed property values and demand through the roof. But even considering Avalon‘s presence, the city has done a few things that have gone fabulous. Number one is a parking deck. One of the major caveats to new urbanism is to hide the cars, get them off the street, make it feel like a classic city where pedestrians rule the open space. By rushing to put up the parking deck first, Alpharetta in essence gave security to developers and ultimately to the lessee of property...  ”I know my patrons can park”.  But they did it in a way that hides the obvious negative that comes aesthetically by having a parking deck. They have since reproduced by adding a second deck, and a third and even a fourth is in the discussion.

In addition, proximity to 400 provides easy access from areas further away. It is easy to get cars and thus people in to downtown Alpharetta. The good news for Alpharetta businesses of course, is that the demographic that surrounds Alpharetta is equally robust as Alpharetta itself, bringing in a high number of people with discretionary income.  I happen to also be involved with a downtown development project in both Alpharetta (single-family homes) as well as downtown Milton (mixed-use commercial, condos and town-homes).  I can tell you, in all cases, the demand is fueled primarily by people who are seeing their homes turn into empty nests, who have a desire to live within walking distance of everything.

Alpharetta is currently king of the hill. But… Woodstock threatens that position.

If we go back and look at the key areas that I discussed, we see that Woodstock is not far behind.. Whether you believe it or not, Woodstock currently has a parking problem. On busy weekends, you can see cars circling and circling looking for an opportunity to park. But, this problem is coming to an end, and this problem also is proof of a significant market that the other cities do not possess. The city has plans for a parking deck, in addition they have demonstrated their desire to find solutions beyond the parking deck, hiring third-party consultants to come in and perform studies of the current parking behaviors. Across the street from my house, within walking distance of everything in Downtown Woodstock, a parking lot was just expanded. The solution is not just a thought at this point, with the business that currently occupies the future site of the parking deck in construction fort heir relocation effort, it won’t be long and we will see the new deck under construction.

Adair Park brings roughly 200 parking spots to the downtown district.  All well hidden so as to keep pedestrian and aesthetic living alive.

Though the Woodstock outlets are no Avalon, they are extremely well utilized shopping, and they are only minutes away from downtown Woodstock. The city has also been thoughtful and has worked on efforts to connect those two. Addressing sidewalks along rope mill Road, as well as connecting the Greenprints trail from Ridgewalk Parkway to Main Street,being a significant step in the right direction.. Shopping at significant levels exists, and attracts patrons... perhaps even beckons them, to downtown Woodstock.

And of course,accessibility.  No other area has the kind of access that Woodstock gains from 575, at only .7 miles from the exit to downtown, they are practically connected to one another. The surrounding affluence is down from Alpharetta, but rising.  The total population is also less, but rising.  Bringing more opportunity for Woodstock to have all of the amenity that is provided to Alpharetta (yes, a grocery store will come soon). In addition, as Alpharetta works to complete their Alpha Loop, Woodstock has already dropped a significant effort into connecting areas through the walking paths of the Greenprints trail, and the outdoor activity access from Rope Mill park is more than Alpharetta will ever have (they cannot immediately connect to a lake for kayak, stand-up paddle, and mountain biking).

As I mentioned earlier, I am in the downtown markets of Milton and Alpharetta.  I have contracts on townhomes, condos and single family homes in those markets.  I know what people pay for the access to those downtown areas. It is for this reason that I strongly believe that Woodstock homes are all “investment properties” at their current price.  No matter what their historic price has been, their future value cannot be contained by history, it is a function of comparison, and for that reason Woodstock and all of its residents will win.